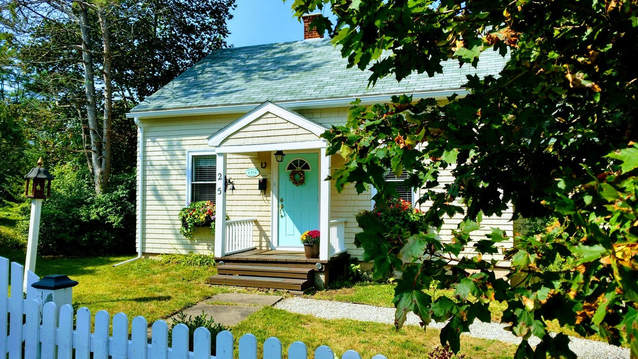 Nestled in the heart of the famous South Shore this cozy storey and a half two bedroom, two bathroom cottage is located in the Town of Mahone Bay, Nova Scotia. It is within walking distance to the three most photographed churches in Canada.

Mahone Bay is named one of Canada's best small-towns by Harrowsmith Country Life Magazine and considered by many as one of the most beautiful towns in Canada.  Situated on a bay of more than 100 islands, including the famous Oak Island, where it is believed Captain William Kidd buried his treasure.  A 20 minute drive to the town of Lunenburg, where the famous Bluenose sailing ship was built and recently a replica of the Bluenose was launched.

Travel by car one hour to the urban city of Halifax or three hours to scenic Yarmouth. Also you can visit the farming communities of Annapolis Valley, along the Bay of Fundy.

Be sure to take in Nova Scotia's unique coastline and beautiful sandy ocean beaches. Hike or cross-country ski the miles of trails. Sail or kayak among the islands, or simply relax.


Check out our Links/Events page for upcoming events you won't want to miss!!